This morning I was reading the story of David and Goliath, and something jumped out at me that I’ve never noticed before.
Then Saul dressed David in his own tunic. He put a coat of armor on him and a bronze helmet on his head. David fastened on his sword over the tunic and tried walking around, because he was not used to them. “I cannot go in these,” he said to Saul, “because I am not used to them.” So he took them off. – 1 Samuel 17:38-39, NIV
Did anybody else catch that? David’s going into battle against Goliath. Saul’s trying to prepare him. But David has the wherewithal to know that what has worked for Saul – the armor and the helmet and the whole shebang – isn’t going to work for him.
The Message translation says this:
Then Saul outfitted David as a soldier in armor. He put his bronze helmet on his head and belted his sword on him over the armor. David tried to walk but he could hardly budge. David told Saul, “I can’t even move with all this stuff on me. I’m not used to this.” And he took it all off.
In the end David goes with what he knows: a staff, five smooth stones, and a slingshot. It wasn’t the most sophisticated line of defense, but David knew that it was exactly how he needed to face his foe. He didn’t go back on his word to fight Goliath when Saul strapped on all that armor; he just had the courage to speak up and stand up for what was going to give him the best shot at defeating the Philistine.
(Please pardon the pun.)
(I couldn’t resist.)
(I do apologize.)
It occurred to me a few minutes ago that, as women, we can sometimes feel self-conscious if we don’t fight our battles the same ways the people around us are fighting theirs. We fall into those traps of self-doubt, insecurity and comparison, and we think we have to “suit up” for the stuff in our lives just like the person down the street has suited up for hers. But that’s just not true.
The Holy Spirit is going to lead all of us differently as we tend to the business of this life. Let’s be courageous enough (and oh have mercy am I ever talking to myself here) to realize that we don’t have to walk around wearing a uniform that’s way too heavy and cumbersome for us – even though it may have worked really well for the last person who wore it.
We need to be so careful that we don’t fall into the trap of feeling like serving God and serving our families requires following somebody else’s formula, you know?
Let’s follow David’s lead today and have the courage to realize when we need to throw off the stuff that may have worked for somebody else – but might not necessarily be the best way for us.
Have a great weekend, y’all! 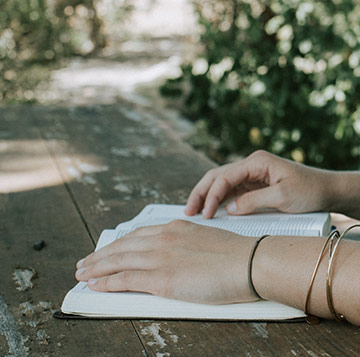